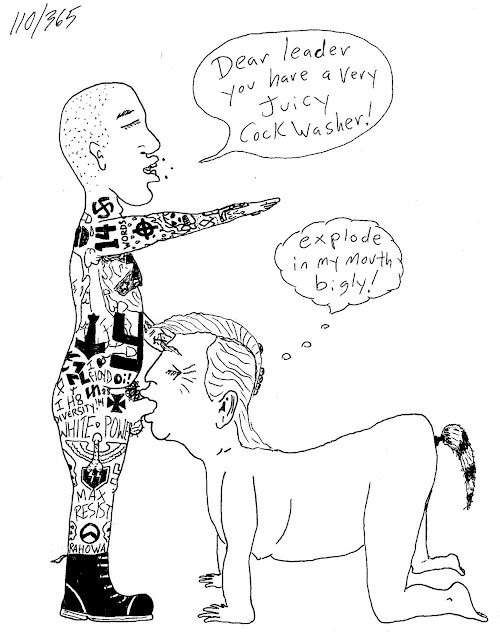 On Saturday (08/12/17) our dear leader Donald Trump proved he is not afraid to suck violent racists' cocks of many sides... it would have been pretty obvious to anyone to condemn the racist groups in light of the violent attack on anti-racist protesters in Charlottesville which resulted in the death of Heather Heyer. Even politicians I suspected of being racist (or not giving a shit) spoke out against the murderous bigots. Shame on you Donald Trump for not condemning domestic terrorism. Saturday could have been your chance to sooth the wounds and unite the country, instead you used it as an opportunity to suck your own shit tasting penis & wimp out bigly!
at August 14, 2017