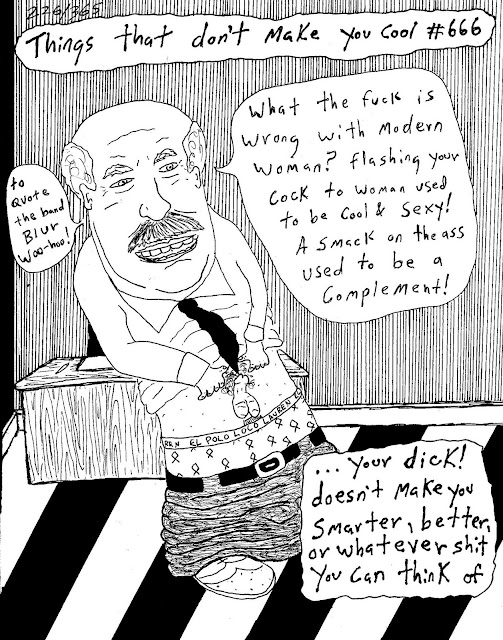 Things that don't make you cool #666 your dick! Doesn't make you smarter, better, or whatever shit you can think of!

The old fuck says, "what the fuck is wrong with modern woman? flashing your cock to woman used to be cool and sexy! A smack on the ass used to be a compliment!"

this is partially inspired by the guy from INXS making his stupid butt slap as a compliment comment, all of the sexual assault allegations in the headlines, & another part is the guys I see every night who can not contain themselves at a sight of the woman... blah, blah, blah! 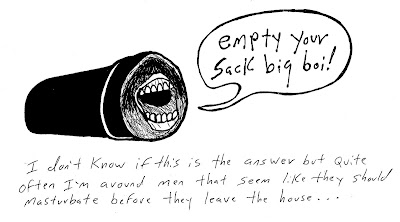