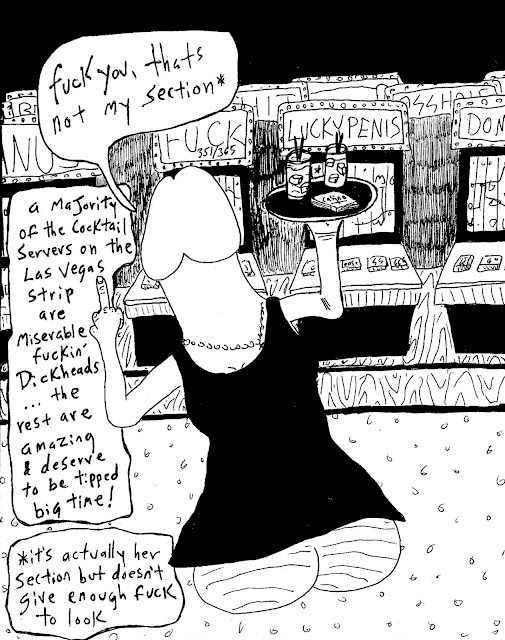 I swear one of the worst parts of working in a casino is dealing with the miserable cocktail servers, they are the biggest fucking assholes & dickheads in the world... if they need something they are impatient as fuck, but if you let them know a guest is looking for them they get pissed off and say, "it's not my section", but it's always their section... I don't even give a fuck if they get the guest a drink, I am just passing on the message kind of like when they tell me a guest needs help with a slot machine, but unlike them I don't throw a fit, I thank them. I want to know if someone needs help!

I swear these worthless Walmart shoppers should be grateful for the Culinary Union because without their union they would be fired for being worthless... which is hilarious because most of them are Republicans.
at April 12, 2018