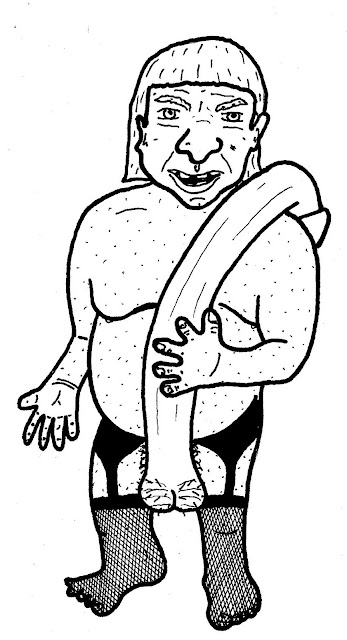 Today while listening to the the (Jamey) Jasta Show (#338 Randy Blythe interview) I learned about something called a Chuzalongo. A Chuzalongo is a mythical creature that has a penis so long it has to rock it over it's shoulder while it takes a stroll, according to Wikipedia this creature was made up to excuse birth defects due to incest or some shit relating to the Spanish Conquistadors, but that isn't as interesting as the family fucking...

I ran into my buddy Hank last night at the Nevada Taste Site, while having beers he told me about some bands to check out. My favorite of those bands was one called  Perverts Again, holy shit are they awesome punk rock and they do an amazing cover of that awful song It's My Life, check that shit out!
at July 22, 2018