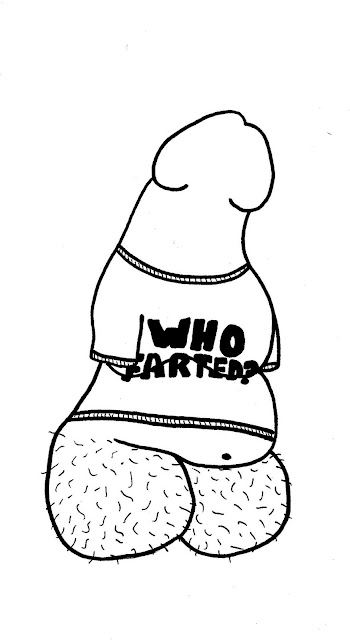 last night at the bar Bethany and I were discussing when the "alpha males" lost control of this country, and that would be in 1984 when the Lambda Lambda Lamnda defeated the Alpha Betas, every since then "real" men think they have been persecuted or some shit.... this conversation might have been drunkenly inspired by my friend running into a bunch of Proud Boys t-shirts at Savers, whatever... that conversation led to Booger's character and his T-shirt that read, "who farted?" and that leads to this... 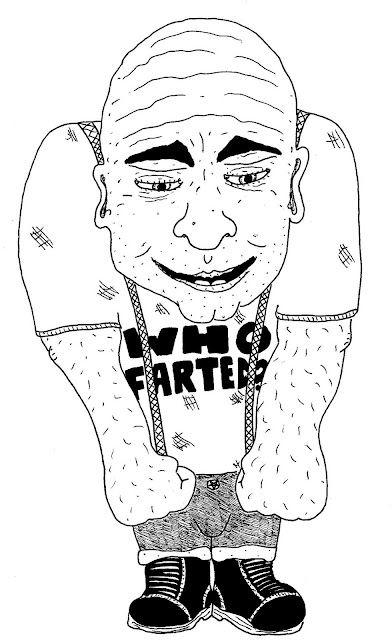 this is the drawing I originally drew for the, "who farted?" t-shirt topic, but I forgot to feature a cock in the drawing, I guess I could have posted this on P.A.G.A.N. , but I figured farts and cocks compliment each other quite nicely
at August 26, 2018