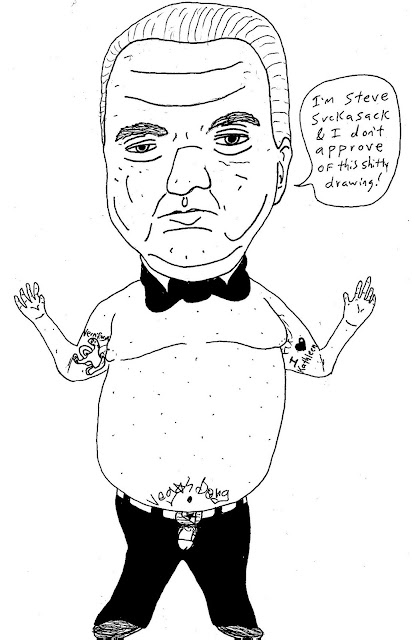 "I'm Steve Suckasack & I don't approve of this shitty drawing!"
Sadly Steve Sisolak will be our next Governor of Nevada, which is the lesser of two evils since he is running against Adam Asshole, but I say fuck it. lets get Ryan Bundy elected! I assume I disagree with him on a lot of shit and agree with him on a few things but he probably isn't for sale... I am a pro gay marriage, pro marijuana, & pro very light gun control kind of guy... Shady Steve used to be against gay marriage & marijuana, and pro gun, but now he has flipped the scrip, fucking poser! Doesn't say much when the lesser of two evils is a liar! As much as I dislike Steve Suckasack I can't help but find the websight Shady Steve hilarious as fuck....
at September 30, 2018