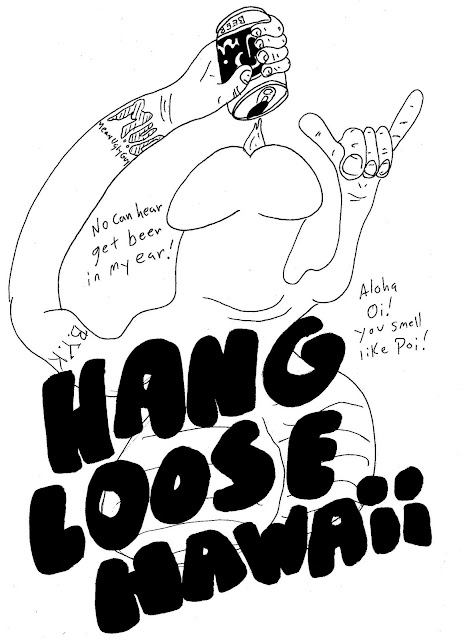 Hang Loose Hawaii... No can hear I get beer in my ear!

I got into punk rock while living in Hawaii in the mid 80's, it was the perfect soundtrack for a weird fat kid... Besides the Broken Man demo tape I passed on scooping up the local demos & picked up releases from bands on the mainland & a lesson was learned, don't take things for granted... I just assumed I would always be able to scoop up a local Hawaii punk/HC tape, I was a little kid and I wanted dive head first into the world of punk & for some reason that meant buying an SNFU album instead of a Tarrasque demo, well I moved away from Hawaii and 29 years later I am still trying to track down physical copies of these things.

Luckily there are a couple of sights that cover old time Hawaii punk
stuckonarockstuckunderarock.blogspot.com & 808 Shows / Hawaiian Express, I put in an order to Hawaiian Express and ordered a Cringer, B.Y.K., and an Island Sampler, so I look forward to those... if you have a link to Hawaii Punk Rock stuff let me know